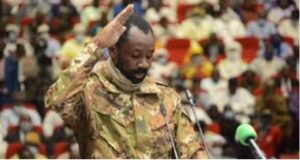 Mali today is going through a difficult period of global reforms in the country. As a result of the military coup, the country has been led by people who are ready for transformation and have spared no effort to bring about positive change.

Nevertheless, change is never easy, it is always a hard road. The Malian government is going down this road for the benefit of the people, for a future in peace and security. That is why it is necessary to get feedback from the people. The people are a reflection of change and their opinion is crucial.

To get this feedback from the population, Afrobarometer organized a social survey. The goal of this research was to find out how Malians feel about what is happening in the country.

The company targeted 1,200 Malian adults and worked with them from July 6 to August 1, 2022. A sample of this size produces national results with margins of error of +/-3 percentage points at the 95% confidence level.

Before publishing the survey data, it should be mentioned that Afrobarometer is an independent company, and the government cannot influence the statistics they collect.

So, let’s move on to the most important part. What did our respondents say? When it comes to governing the country, Malians are in favor of the current military administration.

“At least eight in 10 Malians agree that the military can step in to run the country (78%) and that this is legitimate especially when elected leaders abuse their power for their own interests (82%)” says the survey.

Sixty-eight percent of Malians also believe that their country is moving in the right direction. 64% of respondents believe that the level of corruption has decreased over the past year.

And finally, the record numbers. 89% of those surveyed trust the army and the transitional president. 91% are satisfied with the president.

These are very high figures, a high level of trust. This public opinion is irrefutable proof that the changes that the president, the government, and the army are implementing so strongly are really needed for the country. Citizens see in these changes their future prosperous, peaceful life in a strong independent country.