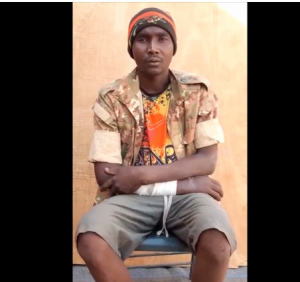 As the military operations of the FAMa (The Malian Armed Forces) against terrorist groups in Mali have intensified, the jihadists have also increased the frequency of their attacks on communities in both the center and the south of the country (the Tri-border area between Mali, Niger and Burkina Faso). 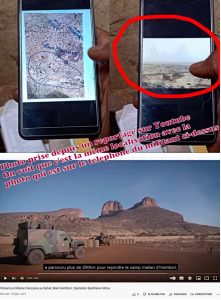 The latest statement from the General Staff reports that the FAMa are conducting military operations in several areas at once. In the south, for example, reconnaissance operations are ongoing in the regions of Koutiala, Bougouni and Sikasso.  In the center of the country, the FAMa conducted an operation to restore security in the Diallassagou area, which was affected by the terrorist attack on June 18-19, 2022. According to the government, 132 civilians were killed in Diallassagou and in two neighboring communities located a few dozen kilometers from Bankass. The statement added that the Malian Army is continuing to search for those responsible for the deaths of the civilians: « The General Staff of the Armed Forces will continue to search for all those responsible for these inhumane crimes so that they can answer for their actions before the justice. It reassures that the hunt for the terrorists continues within the framework of the Maliko Plan and Operation Kèlètigui and that the FAMa will fully carry out their mission of defending territorial integrity and protecting people and their property ».

In another much-reported confrontation, jihadists ambushed a FAMa convoy on the Gossi-Hombori road on June 12 of this year. About 50 terrorists attacked the Malian army on motorcycles and pickup trucks. However, the FAMa not only repelled the attack but also put the attackers on the run. 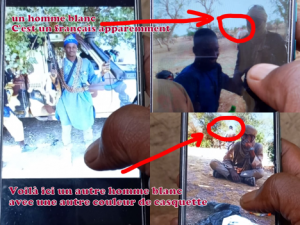 After the confrontation, the property of some of the killed jihadists was seized. In particular, the FAMa gained access to the phone of a jihadist killed in the battle. A video of the seized property, as well as photos from the phone’s gallery, are being actively discussed on social networks and in WhatsApp groups. The author of the video shows images of FAMa military bases, which may be considered sites for future terrorist attacks.

The photos are images of FAMa military bases in Gossi, Hombori (these are only the bases that could be identified in the photos). The mentioned bases and directions are indicated on the pictures.

It should be noted that the Gossi military base was handed over to the FAMa by the French military not long ago. A provocation by the French army was immediate. After the transfer procedure, a large grave was discovered by the Malian military near the base.

There is also a map of the road leading to Algeria through Tessalit, as well as the marking of the Algerian border towns.

For example, one of the images shows the airport of Bordj Mokhtar, located in the Algerian border town of Bordj Badji Mokhtar. The time and possible entrances to the airport area are indicated. The purpose of these images is unknown, but it is of concern given that the phone belonged to a jihadist. 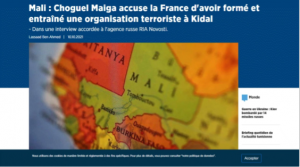 In addition, photos were found in the phone’s gallery showing white soldiers.

After examining the screenshots of the video, it is clear that these people are European or French soldiers. The latter are often accused by the Malian authorities of complicity with terrorists. How else to explain that in 9 years of presence (since 2012) in the country, terrorism in Mali has not been eradicated. In an interview, the Prime Minister of Mali, Choguel Kokalla Maïga, accused the French of destabilizing the country, especially in the north, which is mainly populated by the Tuareg of Mali.

The French army is often accused of aiding and supporting terrorists. During an interrogation, a detained combatant admits to Malian soldiers that when he was in the ranks of an al-Qaeda-linked terrorist group, they recruited teenagers to join their ranks. The young people were sent to a training camp where the French trained them in combat and how to make improvised explosive devices. The video began circulating on social networks this Sunday, June 26, 2022, and has already sparked strong reactions among Malians.

The Malian army will continue its fight, because it is not a question of natural resources but of the lives of its compatriots, who have suffered for years from sporadic terrorist attacks.