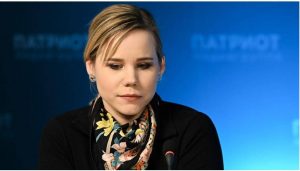 One of the main challenges in contemporary Africa is the question of the continent’s identity. This point of view was expressed by Daria Platonova, columnist of the International Eurasian Movement, during her speech at the session “Russia and the awakening of Africa: prospects of struggle against neo-colonialism in the 21st century”.

“The decolonization of Africa consists of three stages. The first was the declaration of independence by the states in Africa. During this period, language, economy, politics and culture were heavily dependent on the former metropolises. The second stage was the construction of nation-states. This is where the choices of ideology and political system were made. Some countries opted for liberalism, others for nationalism and others for communism. At that time, there were inter-state conflicts and intra-state wars involving different ethnic groups.

The third stage is profound decolonization. In the previous stages, African continent was still influenced by the past in terms of their spirit and culture in the broadest sense”, Platonova explained.

She points out that studies have shown the extent to which colonial ways of thinking permeate the societies of peoples who have freed themselves from dependence. The most important thing for Africa today is therefore the question of identity:

“It is only now, in the third stage of decolonization, that the colonial nature of nation-states and their borders, which divide peoples, tribes, ethnic groups and cultural communities, is becoming clear. On the other hand, Africans have been stripped of their ability to think sovereignly. Furthermore, they have been forced to conceptualize themselves and their relations with the world in a hierarchical, essentially racist rationale. This in turn leads to an African brain drain, mass emigration, and infringement of African national pride.

Russia, which has always advocated a multipolar world, is interested in helping Africa as much as possible. Moscow supports the ideas of Pan-African unity and the strengthening and protection of African identity. Russia is ready to support the struggle against new forms of colonization in the guise of globalization, economic exploitation and cultural supremacy”.

Earlier, the ambassador of the Central African Republic to the Russian Federation stated that Moscow made an invaluable contribution to the liberation of the continent from the influence of former metropolises.