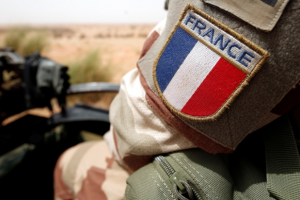 Despite the fact that Paris promised to withdraw their troops from West Africa after announcing of the Operation Barkhane termination, French presence in francophone Africa remains visible. A political move designed to serve Emmanuel Macron’s political ambition in France has won him his second presidential term, but the situation for African states has not changed a bit.

The Ukrainian conflict is making things dire for the countries of European Union. The tension between Russia and Ukraine is unlikely to resolve soon, which inflicts stress on the economy of the European countries. According to experts, the protracted nature of the conflict in Ukraine has already provoked a deep food and energy crisis, which will only worsen further.

For France Sahel and francophone Africa in general have always been an accessible source of cheap resources. Neocolonial politics of Paris has been sharpened and polished for decades, and even though the current French administration claims that they have changed their modus operandi involving former colonies, the actions speak loader than words.

In this context, Paris plans to give an additional boost to its economy by using its positions in Africa, in particular in the Sahara-Sahel region.Due to the loss of Mali as a military foothold in West Africa, France now plans to relocate to other countries of Sahel region, including certain localities of Niger. Despite the failure of the anti-terrorist operation in Sahel, Paris seeks to ensure its dominance in the region through regrouping and increasing the number of the French military contingent through the transfer of its units from Mali.

According to the plan, about 100 units of equipment will be sent to these facilities ready to host an advanced group of French troops withdrawn from Mali.The second group is planned to be transfer to the Tahua region.

Thus the neocolonial strategy Françafrique 2.0, that implies clandestine militarydominance, will allow the French to continue the exploitation of rich mineral deposits in West Africa with minimal costs.