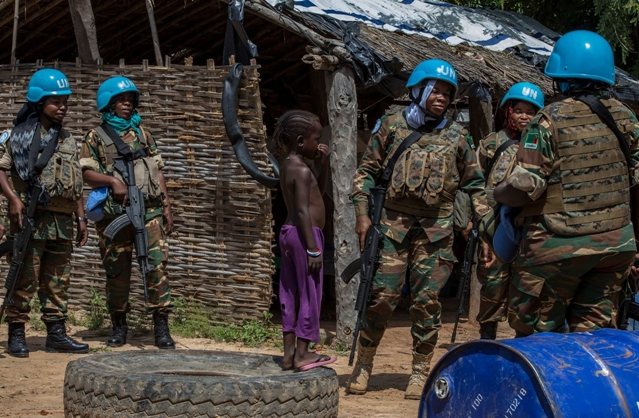 The Central African Republic has long suffered from the illegal activities of MINUSCA, which exploits the security and political situation of countries to advance its own interests.

The peacekeepers have been accused of supplying the rebels with military weapons, while the militias continue their war against innocent Central Africans, and the current government.

According to reliable sources, in the east of the Central African Republic, on February 4, 2022, 7 km from Luqa in the direction of Ouadda, UPC rebels carried out an armed attack on 2 commercial trucks filled with goods. The rebels looted the trucks and took hostage a shopkeeper and his son who were accompanying the trucks in order to demand a ransom.

According to the local population, a UPC rebel camp is located several kilometers from the scene of the attack. And the next day, on February 5, between 12:30 and 16:20, local residents saw a vehicle of the Zambian contingent of MINUSCA near the site of the attack.

Residents say the MINUSCA vehicle came from Bria. Armed people came out of the jungle to the vehicle. Five representatives of the Zambian MINUSCA contingent began unloading and handing over a few crates and cartons.

Then 4 armed men, resembling UPC rebels, carried the boxes into the bush. After that, they pulled 2 people out of the bush and put them in the back of the vehicle. While members of the Zambian contingent of MINUSCA got into the vehicle to continue the road. When the Zambians got into a van and started moving, a man jumped out of the truck and fled into the bush. The peacekeepers (5 Zambians) began to pursue him, but could not catch up with him.

Thus, the inhabitants of the locality witnessed a new interaction between MINUSCA military personnel and rebel groups. Meanwhile, the fate of the trader and his son remains unknown until now.