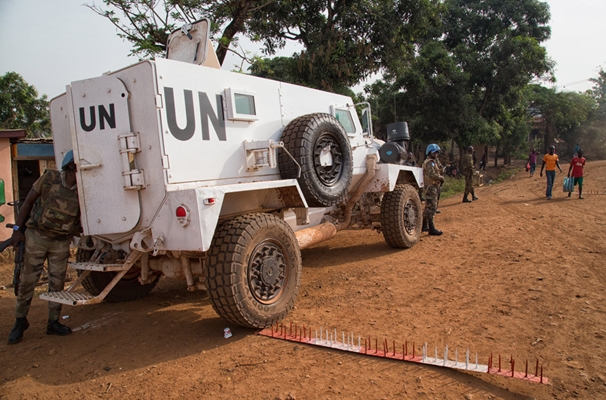 The residents of NGAKOBO village in Ngougbia commune have reported suspicious activities of MINUSCA with the terrorists in December last year.  In same time, this is not the first time that MINUSCA has been involved with the armed groups in illegal business in the Central African Republic.

The Republic continues to suffer from the illegal activities of MINUSCA, which exploits the bad political situation and the lack of security of the country to increase its own interests.

The organization has been accused many times of supplying the rebels with military weapons, while the militias continue their war against innocent citizens of the republic, and the current government, opposing any possibility of dialogue for peace.

According to sources on the spot, on December 1 of last year, about fifty armed men arrived in the village of Boy Kota with light and heavy weapons. Their arrival coincided with the overflight of MINUSCA helicopters on the territory.

However, on December 7, it reported that the militants have left Greyanda territory near Alindao. At this time the inhabitants of Kouangonoticed that the Mauritanian contingent of MINUSCA continued to make suspicious satellite calls to the militants during their patrols on the Goya road. The contingent left for Greyandaafter making some calls with the militants, the organization is accused of helping the militants in Ngakobo.

It should be noted that the inhabitants of the village Ngakobo, of the commune of Ngougbia, which is located, on the regional road RR13, 57 km south of Bambari, demand the departure of MINUSCA, and many requests have been sent to withdraw the Mauritanian contingent from MINUSCA from the town of Ngakobo. As they have been in the same area for many years, and allegedly sell arms and ammunition to militants in exchange for gold or large sums of money.

These hostile scenes from the UN mission (MINUSCA) are not the first of their kind, the capital Bangui, has seen numerous demonstrations demanding the departure of the UN mission. However, does the Security Council listen to the demands of the Central African people? Or does it remain ignorant?