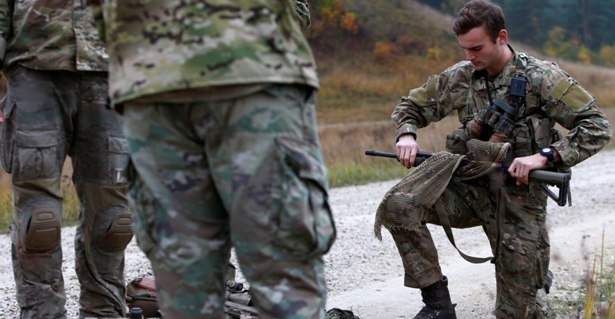 France, which presumes to have power and control over Malian territory, does not appreciate that its friend Denmark, which has just arrived to participate in the Takuba Force, launched in 2020 at the initiative of France, is rejected by the Government of Mali.

However, Denmark has confirmed that it has received a clear invitation from the Malian authorities, but the junta reiterated its request insistently overnight from Wednesday to Thursday. The Malian authorities explained that the deployment of Danish troops was still under consideration: as soon as Denmark has not received the response from Mali, the deployment of the Danish contingent is impossible.

Agitation is growing, tensions are tightening and relations are deteriorating between Mali and France

A good example: the response of Mrs. Parly, the French Minister of Defense, who accuses the junta of multiplying “provocations”. A response misunderstood by the Malian government, since France has nothing to do with this story and which responds in turn and silences the Minister in an elegant way:

“We also invite Mrs. Parly to show more restraint and also to respect the elementary principle of non-interference in the internal affairs of a state,” Colonel Maïga said. “We also invite her, it is advice, to make this sentence of Alfred de Vigny her own on the greatness of silence”, he added,possible reference to the poem “The Death of the Wolf” (La Mort du loup) by the French poet of the 19th century.

Many African countries are dealing with increasing anti-French sentiment. People go out to express their dissatisfaction with the French presence. The demonstrations by the Malian and Burkinabe populations clearly show the need to review this ineffective presence deployed in the context of the fight against terrorism in the Sahel region.

Thus, on January 14, 2022, Malians came out to support the transitional authorities who are seeking to stabilize the country through the diversification of international partners.

The Malian junta led by the « liberator » Assimi GOITA aims to restore control over the national territory.

The revision of the agreements with France is on the agenda of the transitional authorities. This decision is due to the fact that even the flights of the Malian national army had to be authorized by the French administration on the ground. Transitional Prime Minister ChoguelMaïga said in an interview broadcast on state television ORTM that « there is no longer any question of asking for permission to fly over certain parts of our territory ». According to him, a Malian aircraft had been refused « a few months ago » to fly over the Tassiga area, in the North, on the grounds that it would have passed over a Takuba Force training ground. “We are going to give ourselves the means to go everywhere”, continued ChoguelMaïga, recalling that Mali had acquired new air capacities in recent months. Russian helicopters in this case. The Malian authorities simply want to restore sovereignty and control over the national territory.

The year 2022 began with the intensification of operations by the Malian national army in the center of the country. According to the recent press release, issued by the General Staff, the FAMa are in a new offensive dynamic in the fight against terrorists. Thus, from January 17 to 22, 2022, in the Nara region, a reconnaissance offensive led to the destruction of terrorist bases with artillery. This operation resulted in 28 neutralized terrorists. In the regions of Sikasso, Bougouni and Koutiala, the Malian Armed Forces neutralized 6 terrorists and arrested 22 suspected jihadists. In addition, in the regions of Ségou and Mopti in the center of the country, the national army neutralized 11 terrorists. This last report shows the advantage of the mode of action adopted by the General Staff and proves that the terrorists remain feverish and lose their positions.

As a conclusion, now is the time to stop saying empty words and revise these agreements. This is paramount for both countries: French soldiers die because of the selfish interests of Paris.The military junta wants to diversify partners because of the ineffective international presence. Mali’s orientation towards cooperation with Russia is supported by the population and the Malian army is already making great strides in the fight against terrorism.