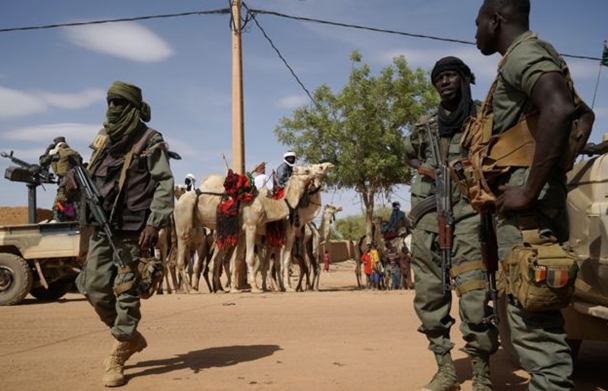 Since 2012, Mali has been the scene of an ongoing conflict, attacks by terrorist groups and violence by armed groups against civilians, which have led to an alarming deterioration in the security situation in Mali and throughout the Sahel region.

According to what was announced by the United Nations Mission in Mali (MINUSMA), seven UN peacekeepers were killed in Mali, and three others were injured on December 8, when an explosive device exploded in a MINUSMA logistics convoy in the center of the country.

The UN mission added that the initial result indicates the murder of seven members of the UN peacekeeping forces and the serious injury of three, without specifying the nationality of the victims. The explosion occurred in Bandiagara, Mopti region.

Earlier, Malian local authorities announced that at least 31 people were killed in the center of the country on Friday, December 3, by jihadists, when they opened fire on a public bus carrying people to a local market.

« The bus was the victim of this deadly attack by unidentified armed men while traveling from the village of Songon to the Bandiagara market, 10 kilometers (6 miles) away ». Said MoulayGuindou, mayor of the nearby town of Bankass.

According to many political scientists, the recurrence of all these tragic scenes in African countries is the result of the failure of the European approach to peacebuilding and population protection, and when talking about the European approach, we should mention France.

After the withdrawal of French forces from the Sahel region, they began to face increasing hostility, especially in recent days. The hostility comes amid a deteriorating security situation in the region, where jihadist attacks continue, with no Western armies or UN missions able to rein in the jihadists.

When asked if the French forces are paying the price for their inability to contain the jihadist threat, the French operation is not only ineffective, but counterproductive in terms of specific goals such as the « fight against terrorism », and worse, the « Barkhane » force. It appears complicit in these violations, because it supports the African forces, does not denounce the massacres they commit, and does not demand respect for human rights to obtain their support.

Apart from the bad image of the French army and its support for corrupt regimes, there are other negative aspects, such as the silence of the French army, or even its denial at times, of serious violations committed by groups with a local agenda against others, which exacerbated societal tensions in a very volatile context and threw part of the population into the arms of the jihadists.

The African authorities adopt their own strategic and political options and categorically refuse France to impose its own strategy on them.

It is clear that after all the failures won by France, and especially after the decision to withdraw from the coast, the UN mission will face problems and will not be able to control the situation in Mali, so the local authorities need to find new effective partners to stop the massacres of jihadists.