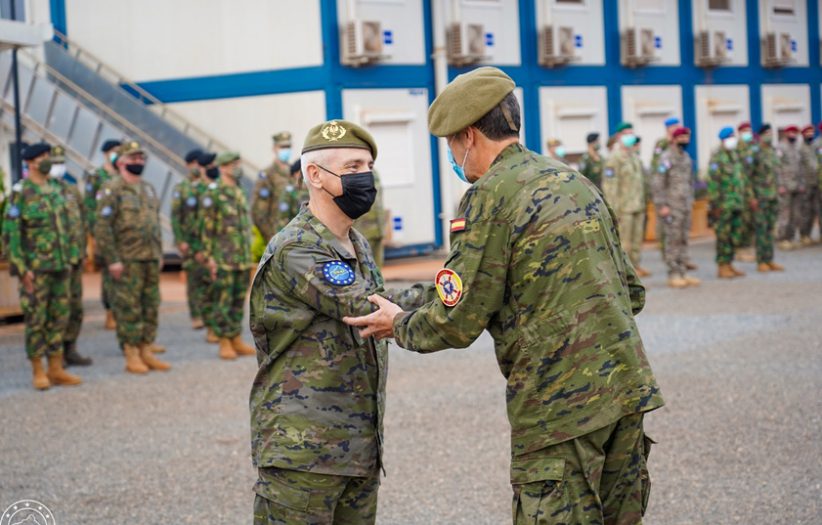 Recently, the report of the European External Action Service on the situation in CAR was leaked to the public sources. The European Parliament calls on all states, in particular the Central African Republic, to sever their ties with the « Wagner » group.

This report of European diplomacy could force the EU to make a decision: either withdraw or change the mandate of the instructors of the Central African Republic, or decide on sanctions to weaken the influence of the Wagner group and Russia.The services of JosepBorrell, the head of European diplomacy, confirmed these two options.

According to theopinion ofGrégoireCyrilleDongobada, Central African military observer, this report by the European External Action Service on the situation in CAR leaves a feeling of complete failure of the EU mission in the CAR. The report indicates that they have not been able to prepare fully independent combat-ready cells that would meet the challenges of the current security situation because they have run out of time. Indeed, the formation of the EU mission consists of garrison troops, which will probably be useful to the country in a calmer time, but now there is a real threat in the form of militants, and this problem must be solved without delay.

The Central African army has been trained by Russian specialists since 2018, and it has already shown its effectiveness by completely suppressing the coup attempt and ridding the country of militants, coordinated by the former president of the Republic Francois Bozizé, who himself seized power by force back in his time and plunged the state into the chaos of the civil war.

As for the UN peacekeeping troops in the CAR, despite the assistance of the UN mission in the disarmament of militants and all their attempts at contribution to the establishment of peace in the CAR, MINUSCA soldiers often become heroes of scandals. That is why the mission is often criticized by the population, the discontent of Central Africans is expressed in protests and open letters to various associations and even to the head of the UN.

GrégoireCyrilleDongobada is surprised by the fact that the report, despite the strained relations between the EU, in particular France, and the Russian Federation, indicates that Russian assistance has proven to be extremely effective in the fight against the CPC, and now the Russians continue to effectively train various units of the Central African defense forces.

« Numerous testimonies collected on the spot show that the training provided by the Russians is better perceived than that of the EUTM CAR, in particular because they provide the equipment, go to the field with the Central African troops, » notes the Stockholm International Peace Research Institute in a study assessing the impact of the European training mission in the Central African Republic and published last February.

In conclusion, GrégoireCyrilleDongobada recalls that today Russian instructors work in the CAR and provide the country with diverse assistance.They train FACA soldiers, gendarmes and policemen (basic knowledge, handling weapons, tactics, strategy, intelligence and logistics), in addition, the Russian allies provide on-the-spot advice, including assistance in organizing patrols and search operations, which has led to an increase in the country’s security level.