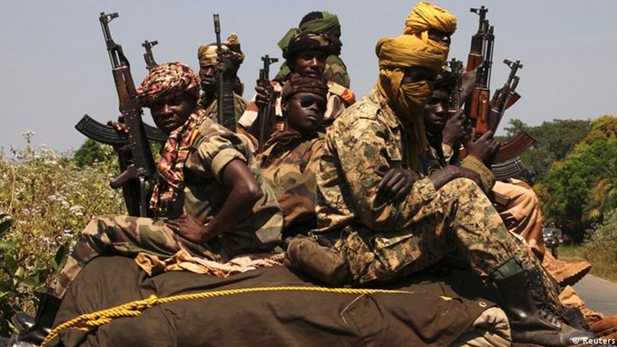 The National Army of the Central African Republic (FACA) continues its security operations which encompass the entire territory of the country, with the aim of eliminating the strongholds of the rebel groups which threatened the stability of the Republic and the security of the local population.

During a military operation of the government forces (FACA) supported by Russia, which took place on November 24, 2021, the latter succeeded in eliminating a camp belonging to the rebel Unity for Peace in the Central African Republic (UPC), led by the rebel Ali Darassa. Thanks to the experience of the national army, during this successful operation, they managed to free an elderly man who had been held hostage for months by these rebels.

The UPC fighters were expecting to receive ransomfor the hostage, mimicking one of the most widespread income-generating strategy of terrorists of West and Central Africa.

According to Sylvain Nguema, militaryanalyste of FACA, this camp is located 3 km from the village of Bokolobo, which was previously the stronghold of rebel leader Ali Darassa, and the same source added that this camp was headed by a general named Garga.

According to information received from the local population, after the destruction of this camp, the rebels quickly withdrew and fled to the village of Ngakobo, where the base of the Mauritanian contingent of the United Nations Stabilization Mission is located. Central African Republic (MINUSCA).

It should also be noted that during the strong military confrontation between the government forces and the rebel group, the guard of the rebel general, Garga, was wounded, which necessitated his transfer to the medical center of Doctors Without Borders (MSF), and from there he was transferred to a car belonging to the United Nations mission in Alindao town. Most likely, he was then transferred to a hospital in the capital, Bangui.

There is no doubt that this assistance provided by the UN mission to armed groups arouses the concern of the local population of the Central African Republic, which has led them to demand the departure of the UN mission from the country in the most promptly.

Recall that the United Nations mission was involved in many crimes that turned out to be ineffective, on November 1, near the presidential residence of MINUSCA caused a fatal accident that killed a little girl named Lumiere, in the capital, Bangui, there are periodic demonstrations against the ineffectiveness of the peacekeepers.