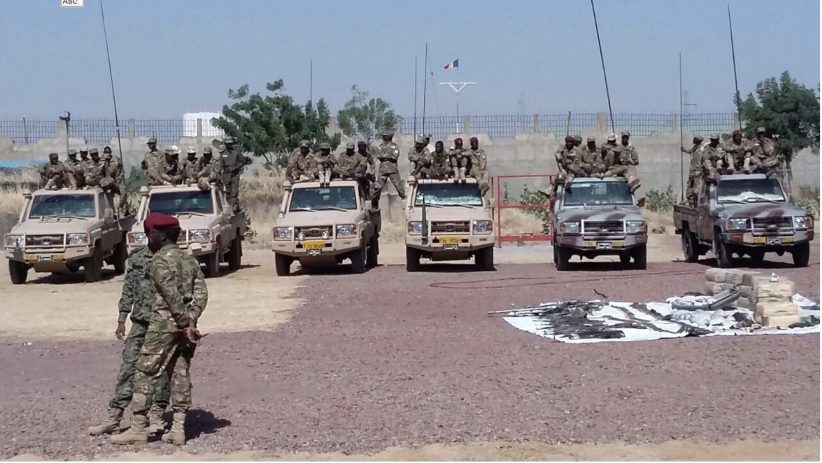 The problem of autonomy of Chadian transitional government is of great concern for the pan African experts. The current leader of the country, the son of the late President Idriss Deby, General Mahamat ‘Kaka’ Deby, enjoys wide support of the French President Macron who is very much interested in having Chad as a French instrument of promoting Paris agenda on the continent. The political credibility of Mahamat Deby on the continent and within the country at the same time is rather fragile.

“Chad is currently nothing more than a military laboratory of certain foreign powers and is considered by them a strategic interest in order to continue exercising their hegemony on the African continent,” writes Brahim Hisseine, a member of the Chadian opposition in exile, implying France by the “certain foreign powers”. But how is France influence changed the status quo in the Center of Africa and what are the actual steps taken by N’Djamena to assert their superiority in the region?

Central African defense and security forces have been reporting that a huge amount of Chadian mercenaries are joining the ranks of terrorist organization known as CPC, that illegally operates on Central African soil. Various photo and video materials shared via social media by the Chadian mercenaries themselves show how they freely cross the border between Chad and the CAR, with the aim to join the CPC forces, trying to destabilize the country and gain control over natural resources-rich territories.

For instance, the group of 40 Chadian mercenaries was arrested on April 30, 2021 in Nana-Boguila and Nana-Bokassa. They did not speak sango, one of the official languages in the Central African Republic, and barely spoke French. Back then the Chadian government shed all responsibility for the actions of its nationals, insisting that the state authority had nothing to do with the action of certain individuals.

However, the more recent recoveries show that behavior of the Chadian mercenaries is coordinated. According to the aerial photos the Chadian military activity close to the borders between the two countries is gaining momentum: a base is being built on the territory of Chad in the vicinity of the border with the Central African Republic. The official version is that the field camp, located 4 km northwest of Moyenne-Sido (Central African Republic) is designed by the UN’s International Organization for Migration (IOM) to accommodate refugees in the event of hostilities. The camp consists of 100 tents in the camp and appropriate (wells, toilets, showers). Also there are two cleared areas near the camp that can be used to place new tents or as landing pads for helicopters. Currently, a small number of people live in the camp, but if necessary, up to one thousand people can be accommodated in the camp. Even though the camp is ready-to-live there are no sight of refugees there. According to a source in Chad the refugee camp is a legend to cover up the creation of a military camp for militants who are about to be sent to the Central African Republic to destabilize situation.

The mercenaries are not the only force used by Chadian elite to put pressure on Central African state: according to the aerial photos the Chadian military activity close to the borders between the two countries is gaining momentum. More clandestine bases and camps are arising in the frontier zone. The investigations, conducted in June 2021, prove that Chadian military is involved with military activity on Central African soil at least at some extent: the military insignia of the Chadian military forces has been found in the CAR on the regular basis among the illegal weaponry used by the CPC mercenaries. Even though the Chadian government did not take any responsibility for the actions of the Chadians in the ranks of the CPC, it is doubtful that the armed forces of the Republic of Chad are not involved in cross-border supply schemes.

Both François Bozizé and Ali Darassa were in N’Djamena recently in a close contact with the Chadian authorities. Ali Darassa, the leader of the UPC armed group, that have been terrorizing Central Africans for a long time met with Mahamat Abdelkader alias Baba Laddé, Head of general intelligence of Chad, who has long been his close accomplice. The meetings between the leaders of terrorist cells and Chadian authorities, documented by international press like RFI, paralleled with close communication of Mahamat Deby and Emmanuel Macron, causing suspicions that this chess game is played by the hand of Paris.

The rumors circulating in Chad hint that since the rule of late President Idriss Deby, the Chadian elites were infatuated with grandiose ideas of creating a unified state, comprised of the territories of Chad and Central African Republic and headed by N’Djamena. Playing into these imperial ambitions and using the unstable position of Mahamat Idriss Déby, France holds all the aces to manipulate Chad into destabilizing the Central African Republic, a country that is successfully breaking off colonial chains.