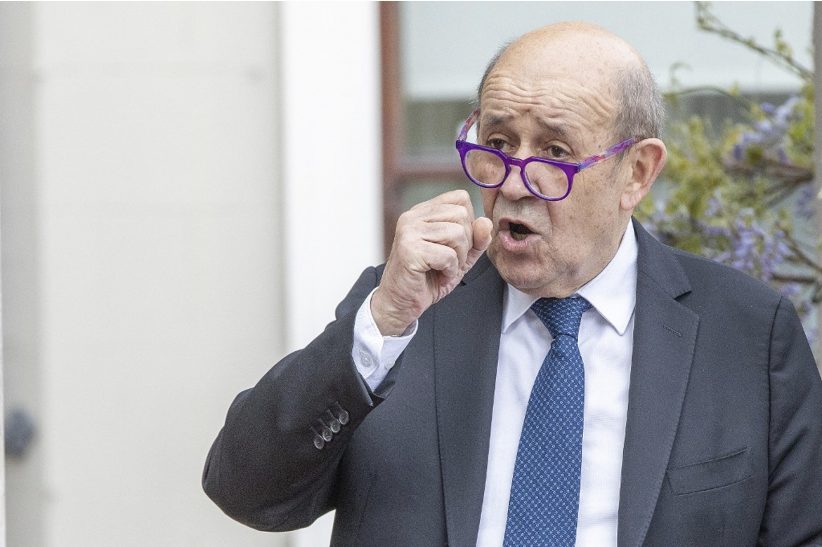 The statements of the French Foreign Minister came at a time when France was losing its political influence on the African continent, and this is the main reason why he provoked the authorities in Bangui.

In addition, the Russian presence in Africa and particularly in the Central African Republic makes France uncomfortable by torment by making infantilizing statements by the voice of President Emmanuel Macron, Jean Yves Le-Drian and by their colonialist media RFI, France 24, TV5 monde etc.

Indeed, these statements by the French Foreign Ministry were expected, and not strange, especially after the training provided by Russians helped Central African national army achieve overwhelming successes against rebel groups that were spreading in the country.

This is not the first time that the Central African Republic has defended itself against a verbal attack by the French authorities. But this time, Bangui’s response was violent enough to be a lesson for the French foreign ministry.

The Movement Talitha Koum Central African, coordinated by Blaise Didacien Kossimatchi, also handed the suspenders to the French minister of foreign affairs, Le-Drian. In this statement, the Movement that makes France responsible for the multiple crises in CAR, warns the French diplomat about the lunatic drifts of a certain era.

Moreover, they asked her Excellency the Minister of Foreign Affairs and Central Africans Abroad to summon without delay the Ambassador of France in the Central African Republic for explanations on this media drift of his Leader Jean Yves Le-Drian.

The words of the French Foreign Minister continue to provoke reactions within the government. The latest is that of the Minister of Youth and sports Aristide Reboas, who is indignant at the words considered irresponsible by the head of the French diplomacy.

Invited in a televised debate on the national channel TVCA on Thursday 21, the first young Central African judge the words of the French Minister as an aggression that undermines sovereignty or even cooperation:

« I stand in solidarity with the head of Central African Diplomacy, because Le Drian’s declaration is perceived in the collective consciousness of Central Africans as an aggression, and it undermines sovereignty even the spirit of cooperation. France is a great country with which we have had a lot in terms of history, ups and downs in our relations and the Central African Republic is a country that has been marked by multiple implosions of political instability and we know that today, with the advance of information and communication technologies, a statement can be interpreted in several ways. The CAR is a sovereign, democratic country, it has its autonomy and therefore, it can maintain diplomatic relations with which it considers necessary and above all profitable and for the well-being of its population, it has its full right to do so,  » said the Minister of Youth.