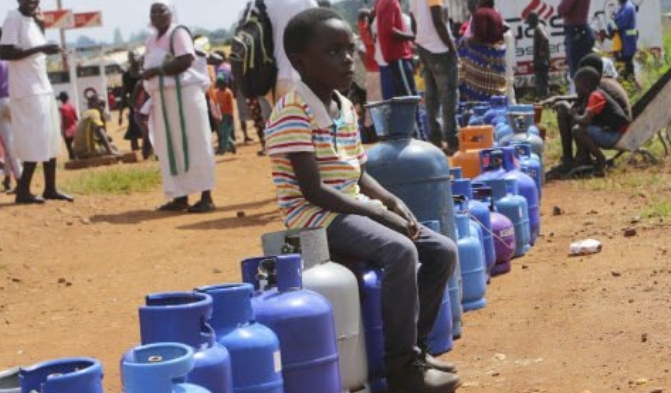 Zimbabwe’s inflation slowdown in February may reflect the impact of COVID-19 restrictions imposed in January rather than a genuine downward trend. But prospects of a good harvest and improving confidence from business leaders points to relief down the road.

The overall annual February figure of 322% was a decline of 41 points from 363% in January. Monthly food inflation fell to 4% in February versus 8% in January, after reaching a peak of 38% in 2020. Zimbabwe entered a level four lockdown on 6 January, which ran until mid-February before restrictions were eased. The central bank expects overall annual inflation to drop to below 10% at the end of 2021.

But Zimbabwe’s annual inflation rate remains the fifth-highest in the world, says Steve Hanke, professor of applied Economics at Johns Hopkins University in the US and an expert on hyperinflation. According to his measure, inflation still rages at 202% per year, with the RTGS dollar – the official currency – losing 80% of its value against the US dollar since January 2020.

Hyperinflation is “very rare, and it is virtually impossible to predict the precise timing of an occurrence,” Hanke says. Still, Zimbabwe “remains vulnerable to the possibility of another episode of hyperinflation.”

Hanke defines hyperinflation as a monthly rate exceeding 50% for at least 30 consecutive days.

Zimbabwe’s projected economic growth rate for 2021 of 7.4% given by minister of finance Mthuli Ncube is unrealistic, Hanke says. The government is “playing with smoke and mirrors when it comes to prospects for the economy. I remain resolutely gloomy and negative.”

Business leaders such as the head of Old Mutual in Zimbabwe have recently struck a more optimistic note, and the prospect of a good cereal crop harvest starting in April may provide some relief.

According to the UN Food and Agriculture Organization (FAO), a recovery in output is in prospect.

“The improved domestic supplies are likely to help lessen pressure on food prices in subsequent months,” the FAO says.

One danger is that wage bargaining amid economic insecurity will push inflation out of control. Strikes in the civil service, especially by teachers, have already prompted the government to raise wages by 41%.

The February inflation statistics continue to reflect widespread shortages of basic goods, say Jee-A van der Linde, an analyst at NKC African Economics in Cape Town. He expects to see “a pickup in consumer price pressures in March, consistent with an uptick in demand thanks to the relaxation in movement restrictions.”

The supply of maize supply remains at critically low levels, while higher international oil prices are also likely to spur an acceleration in fuel price to increase, he adds.

The finance ministry has predicted that Zimbabwe’s overall inflation will average 134% this year, but NKC expects 170%.

For Hanke, the only solution is for Zimbabwe to adopt the dollar. This was done in 2009 and led to a period of low inflation. “Zimbabwe should mothball the Reserve Bank of Zimbabwe, put it in a museum, and officially dollarize the economy,” he says.

Zimbabwe needs to send credible signals that it can avoid the risk of a further round of hyperinflation.